this thread is to document my building process.

Backstory:
I ride a Canyon Inflite SL 8 at the moment, which I have to give back because I am leaving my company (it´s a lease, which you can do in Germany and some other countries in Europe). Before that I only rode MTBs, but in recent years I wasn´t riding as much as my super expensive bike wanted to. So I decided to give roadbikes a chance but I wanted to have a bike, which I can also use besides tarmac. I live in Freiburg in the south of Germany, so we have lots of mountains and forest.

The Canyon was a nice bike. It was kinda light (7,9kg), could handle tyres up to 38mm and is strong enough, so I wouldn´t destroy it, if I wanted to go a bit faster on paves, which normaly get ridden by MTBs.
The only downside was the long reach (or normal reach?). It always felt a bit too long and most of the time I wasn´t in the hoods but in front of them. So the next bike should have a shorter reach.

So for my bike, I wanted a roadbike, which could handle 32c tyres for some offroad. 90% of my riding is on tarmac though and I will use the bike for my 60km commute to my new workplace (30km on way) which will be on tarmac only. It should be mainly a roadbike, also because I don´t like the looks of roadtyres on gravelbikes, especially from the top. Oh yeah, the look of the bike is really important to me, I will admit that.

Also I was hesitant to buy a build up bike because I love searching for parts and building up my own bike. I did it with all of my MTBs, so some experience and tools are available.

At first I wanted to build up the bike with used parts, because I didn´t want to spend too much money on the bike just now. After a while I came across the FM066-Thread here on WW and startet looking for some chinese alternatives and boy that was a journey. There are so many different suppliers, different frames and not a lot of information given by the sellers. After a while I had a list of couple of frames:

I really wanted the 168 from velobuild, but it has a longer reach. The Workswell-frames a super nice, but more expensive and some weren´t ready to produce. So at the end I was left with the 066 from velobuild and the CFR1056.

In the meantime Canyon brought a new model to their Endurace-line. The Endurace CF (not Sl nor SLX). Which comes with 35c tyre clearance and in the upper categorie with alloy-rims and rival axs for 2999Euro.

I was tempted to go for it and don´t have the hustle with a build but also not the joy of building your own bike. Also I wanted to change the cranks (too heavy and don´t like the design) and also the wheelset. Therefore it was too expensive in my eyes.

Half an hour ago I placed the order at Velobuild. I bought the frame size large, the HB-006 integrated handlebar and two bottlecages. I asked for no paint, just raw with glossy finish (frame and handlebar), because I like the look and it saves some weight.

So now the challenge begins. All the other parts are not bought or choosed yet and I will have some time to get everything. The goal is too beat the offer of Canyon with their Endurace CF 7 eTap. 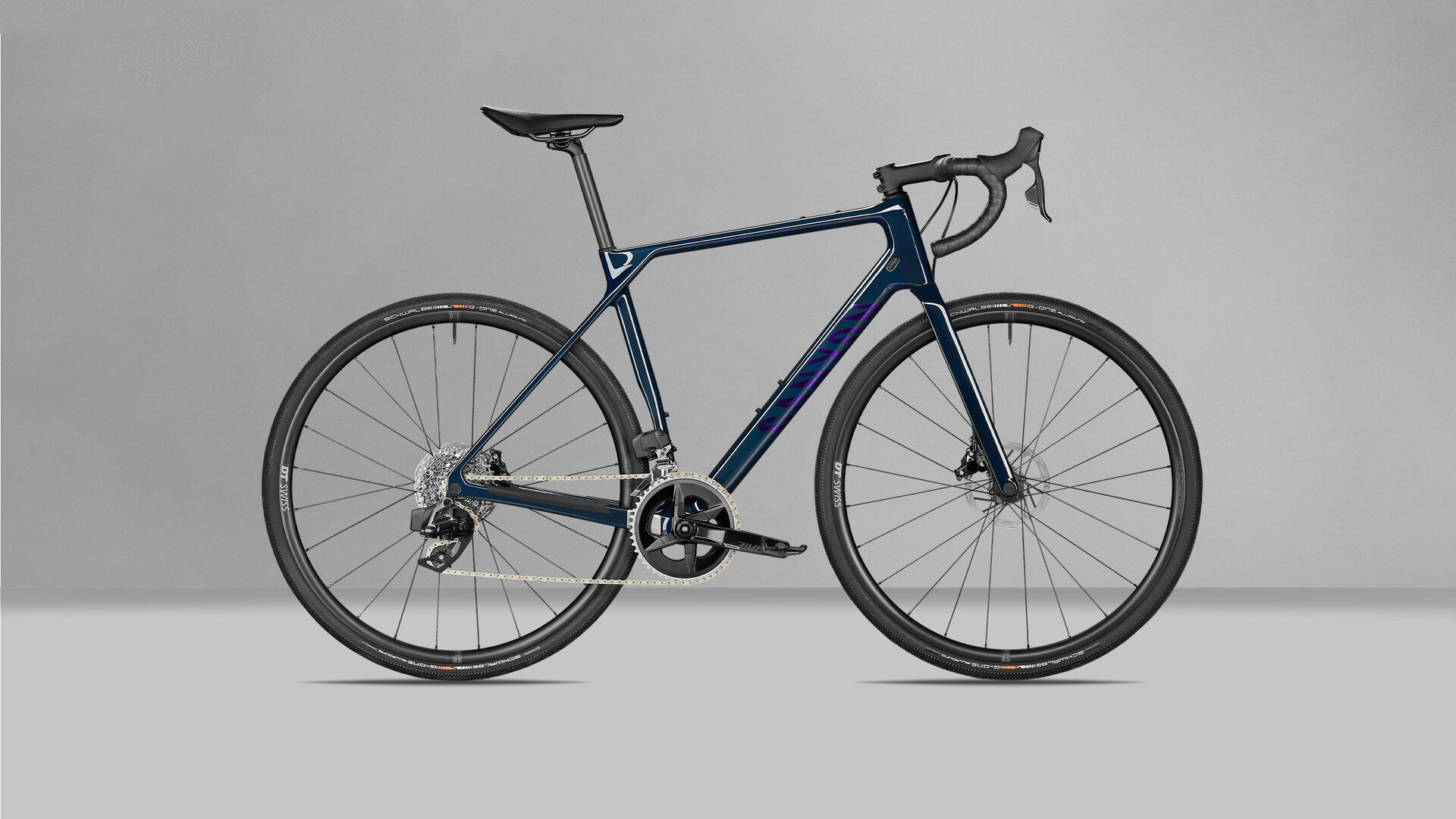 The goal is to stay below the price, aim for 7,0-7,5kg with 30c tyres and 40mm+ deep wheels. The build doesn´t have to be electric, I will take what I get at the moment.

I will update the partlist here with weights and prices. If you have any tipps for cheap parts with reasonable weight, let me know.

AliExpress is going to be your friend when it comes to sourcing parts to help you stay within budget!

I must say it's going to be pretty difficult to hit the 7-7.5kg weight. I have a size small VeloBuild VB-R-168 and my build is coming out at around the 8kg mark, and none of my parts are particularly heavy.

If you're interested I have a full breakdown of the parts I'm using, as well as the individual weights here: https://docs.google.com/spreadsheets/d/ ... sp=sharing
Top

thanks for the reply and the spreadsheet.

I know it will be hard, especially with the budget, but we will try. I will go for used parts as well, so might get light wheels and a sram red hrd within my budget.
Top

Does anyone have experience with the Rotor Uno first gen?
Top

Does anyone have experience with the Rotor Uno first gen?

Lots of recalls on the newmen wheels. Be aware they're not part of one of them or fixed.
Top

What kind of time frame are you looking to complete the bike by? used SRAM Red 10 or 11 speed with Ratio's 2x12 conversion kit could be a consideration
Top

Thanks, fortunately it´s not this rim-model.

I have to wait for the frame anyway, so have around 2 months. I need a bike by may to get to my workplace. But can also use my old singlespeed for a while, no hills have to be climbed.

I was tempted to go for the rotor, but as I read more about this groupset, I am pretty sure its not worth it. Even though the offe is quiet cheap.
Top

timeout93 wrote: ↑
Tue Feb 15, 2022 3:41 pm
this thread is to document my building process and get some valuable informations/tipps out of this lovely forum.

I also live in Germany and currently waiting for my VB-R-077 frameset! Will be watching your progress with great interest!

Cool stuff! Would you mind if I submit your weights to the weight weenies website that I created? They might help me with my build, and hopefully, they will help other people around. If you would be interested to submit them yourself - even better. But I know it will take some time so I can definitely take this on me if you don't mind.
Kona Rove 2021
Poison Chinin 2020

timeout93 wrote: ↑
Tue Feb 15, 2022 3:41 pm
this thread is to document my building process and get some valuable informations/tipps out of this lovely forum.

I also live in Germany and currently waiting for my VB-R-077 frameset! Will be watching your progress with great interest!

Cool stuff! Would you mind if I submit your weights to the weight weenies website that I created? They might help me with my build, and hopefully, they will help other people around. If you would be interested to submit them yourself - even better. But I know it will take some time so I can definitely take this on me if you don't mind.

No worries at all Vadd, please use whichever weights you wish

. On the list, the yellow highlighted cells are manufacturer claimed weights as I have not yet received the parts, everything else in white is weighed by myself and are actual weights.

it´s been a while and the bike isn´t build up yet, but a lot of parts where ordered and now I could need some help from you guys.

As I´am currently in Thailand I cant post any photos of the parts from Velobuild, nor did I see them in person. A friend of mine was receiving the package and we were just having a videocall so I could see if Velobuild did the no paint, glossy finish which I wanted....they fortunately did.

So this is the current partlist:

Groupset: ??? - its impossible to find a groupset and isn`t overpriced (used).
- except cranks: FSA SL-K Light compact 165mm (wanted to try short cranks and they were pretty cheap, but there are lighter options..)

Things I still need and haven´t ordered yet, any suggestions or remarks are welcomed:

- rotors: Ashima, because they are cheap and light

- rotors: Ashima (haven´t ordered yet but light and cheap? any thoughts?)

Thats should be it. Can´t wait to start building it up! Thanks in advance for any help.

I ordered some parts:

So I´m still missing a groupset.

At the moment I´m leaning towards a used SRAM Red 22. Not the HRD-Version because I can´t find one. That means I would use some Juin-Tech F1 Caplipers with the RED levers. This should be lighter than the HRD Version.
I never thought about going a semi-hydraulik system but it is hard to find a disc groupset at a reasonable price and I can later still switch the levers to HRD ones.

rotors will be likely KCNC Razor 160mm 74gr each. / chain is yet to be decided.

the total costs (yet) are:

Will likely be under 2,5k EUR with the groupset (and maybe Juin Tech Brakes), discs, housing etc. Do not know about the weight though.

for the future and if I want to go down the road, more weight savings can be made with another wheelset, crank, saddle, (hollow) Ti bolts, tyres, bottle cages... but first I need to build it up and use it for my commutes.
Top

Here is the spreadsheet with weights. Most of them are estimated. But for now 7075gr. Should be possible to go under 7kg pretty easily from here. Weight includes bottlecages and pedals.

will look at some options for weightsavings and see how much buck (EUR/Gramm) it will cost, so we will always go for a rather cheap option to save weight.
Top

I ordered the Jagwire Elite Link knockoffset twice because as I was mentioned in the post earlier I was leaning towards a mechnical SRAM Red 22 Grouset for rimbrakes and some Juin Tech. But I found a Force 22 Groupset and I pulled the trigger on it. I don´t want to look for a grouset anymore.. Would love to get my hands on a Red but Force is much cheaper and to be honest the weight difference is pretty marginal (because I wont take Force cranks/cassette).

Changed a couple of things on the spreadsheet and now just missing two discs (KCNC Rator 160/140mm), pedals, chain and it should be ready to build. I am pretty sure though I have missed something.

Update on the costs: