Stunning. I hope you won't mind that I'm planning to steal quite a few ideas for my build


Oof. Tempting. But I'm relatively heavy at 183lb, combined with carbon rims, maybe brakes are one area I really shouldn't mess around with. Same reason I don't plan on using the much lighter (than Ultegra) SRAM Force brakes.
Top

Please don't save weight on the brakes by buying cheap knock off chinese clones.

I bet you get what you pay for.. and possibly get dead if they catastrophically fail.
Cervélo R3 - LW Urgestalt
Instagram
Top

While I agree with the general statement. I doubt you would be having the same reaction about Lekki's $500+ brakes, even though notoriously unreliable.

It's always funny to me how we weightweenies tend to be OK with some unreliable expensive carbon components, Berk Lupina or Lekki's brakes of the top of my head, but not OK with unbranded ones...
Litespeed Gravel Ultimate : https://tinyurl.com/zvxxy8zk
Wilier “Cento Ramato“ : https://tinyurl.com/29vs8vre
#RETIRED# Lynskey “the Do-it-all Helix”

Just read the lekki8 warning post, and was surprised how nobody bothered to point out the failure mode. I posted a quick recommendation on how to avoid that failure. regarding the knockoffs, whether they're actually knockoffs I can't say, but if they truly did clone/use the same design, it should be fine. I'd have to get my hands on a set and look at the details to know
My Bikes: Low-Budget Sub-5 Weight Weener (4.70kg]

Update: So it seems my old saddle tuning went a little too far, and despite my efforts to repair it, the bridge that connects the two halves together is cracking. In order to keep my butt cheeks wedded to one another, I've gone ahead and bought another one from the same seller. This time around, I've done the tuning a little differently. I've still shortened the nose and lopped off the rear, but I haven't gone ballistic in removing material until only a thin strip remains. I've also elongated the perineal relief slot as much as I could, extending it towards the the nose by around 10mm and the rear by around 10mm as well. The relief slot was also widened to match my first edition. Turns out, drillium is not the answer. The weight saved by drilling 18 holes was less than half a gram, and I did so mainly for aesthetic reasons. I've also removed more material from the rear of the 'wings' (my ass was never fat enough to touch those areas to begin with).

I've also been much more careful to avoid sanding through any plies, spending a good two hours alone in the bathroom with the door shut. Surprisingly enough, half of the weight savings actually come from taking off the clear coat (~10g). You can tell if it's clear coat or carbon by the color of your debris, if it's black water it's carbon, if it's white water it's clear coat. 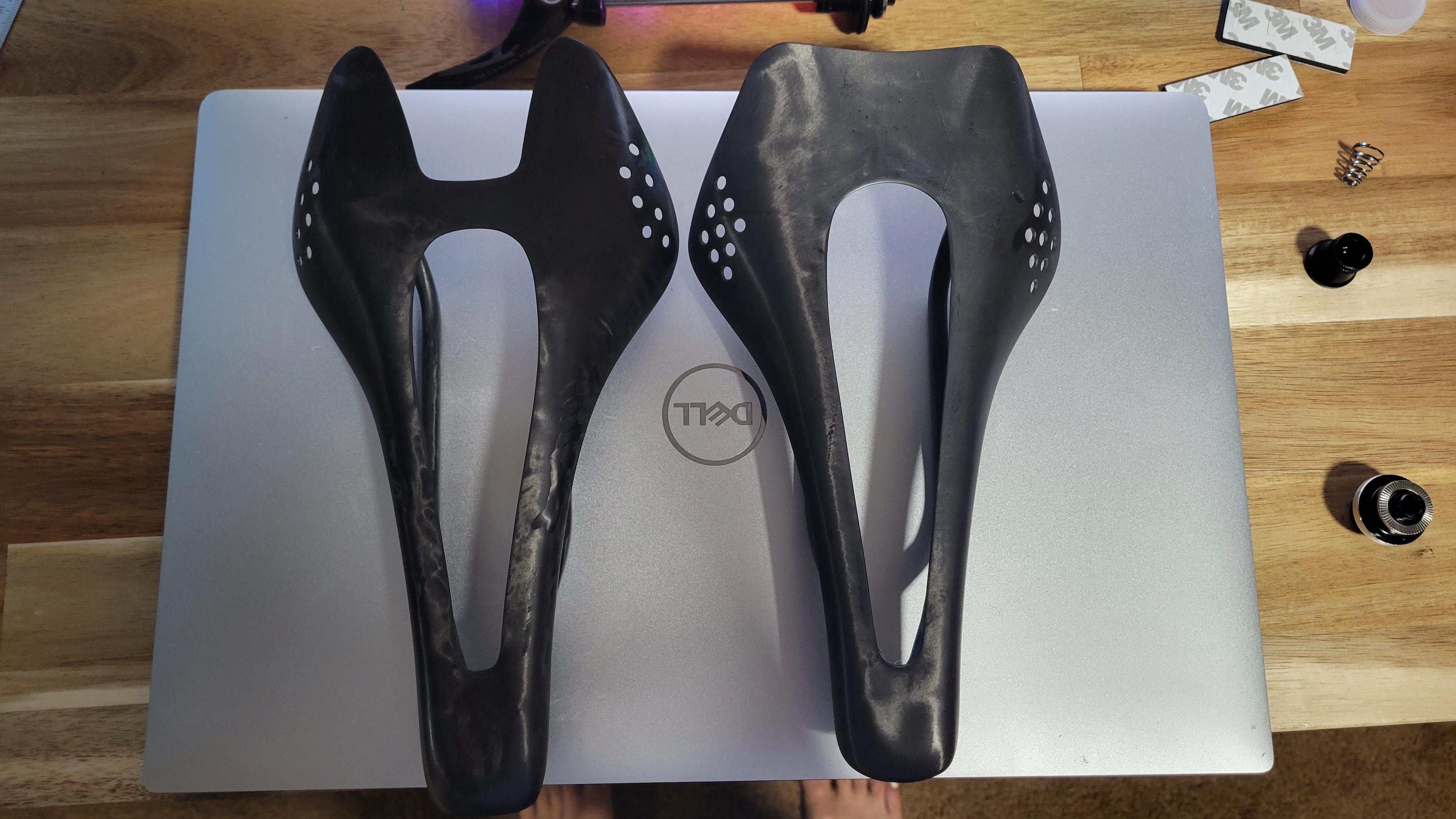 Despite the new one looking like it should be way heavier than the old one, they are in fact only 2.2g apart. 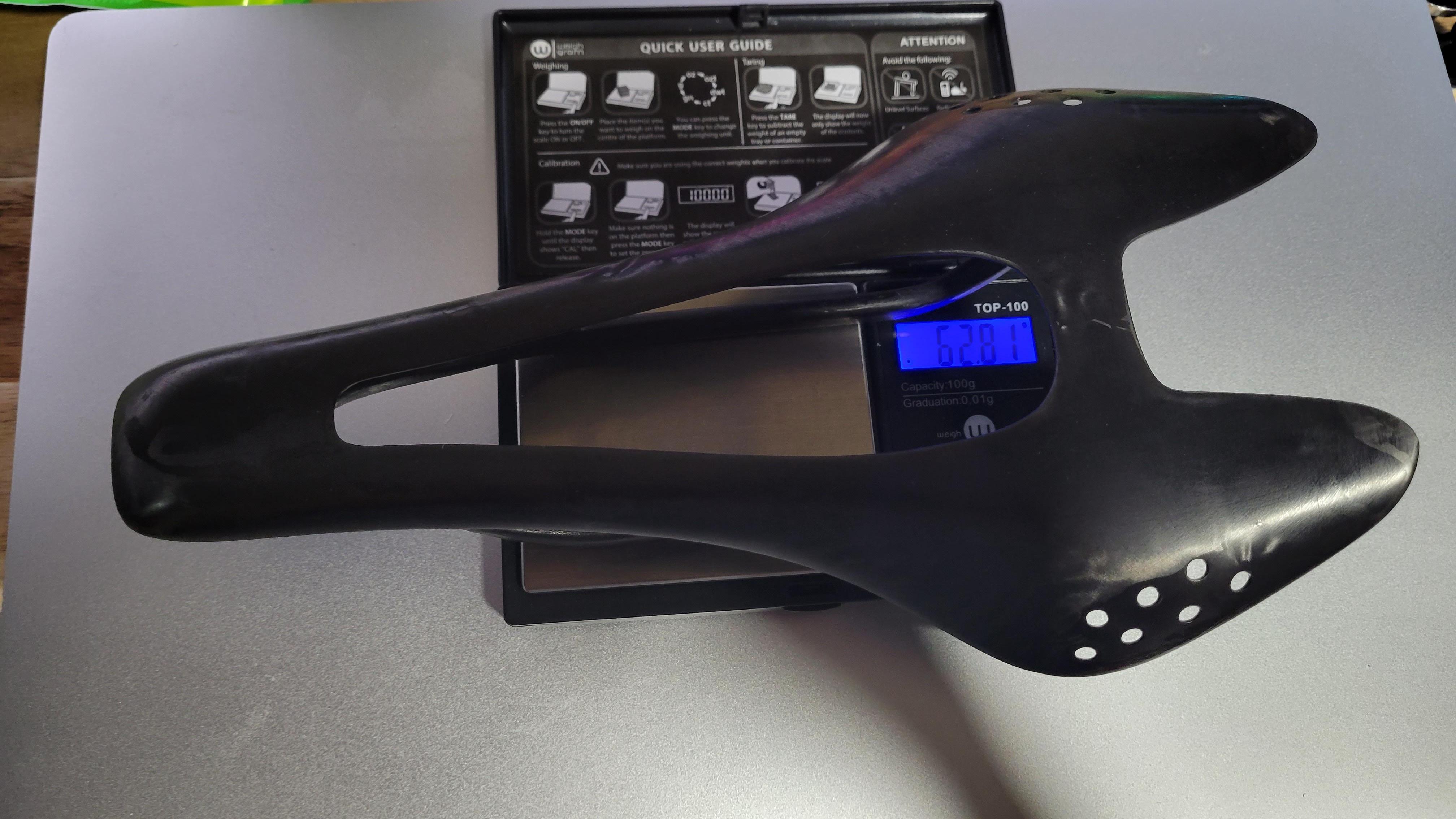 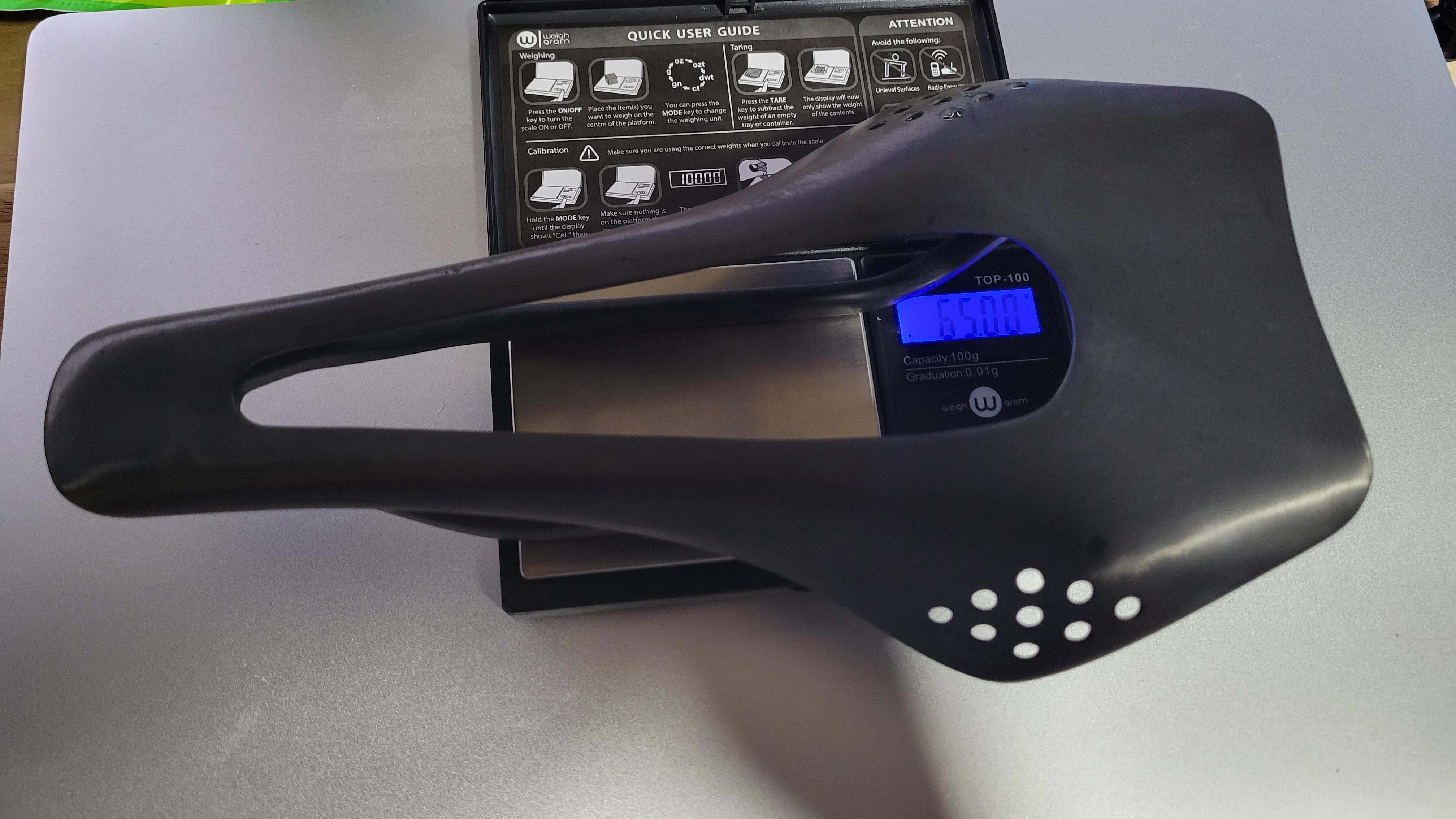 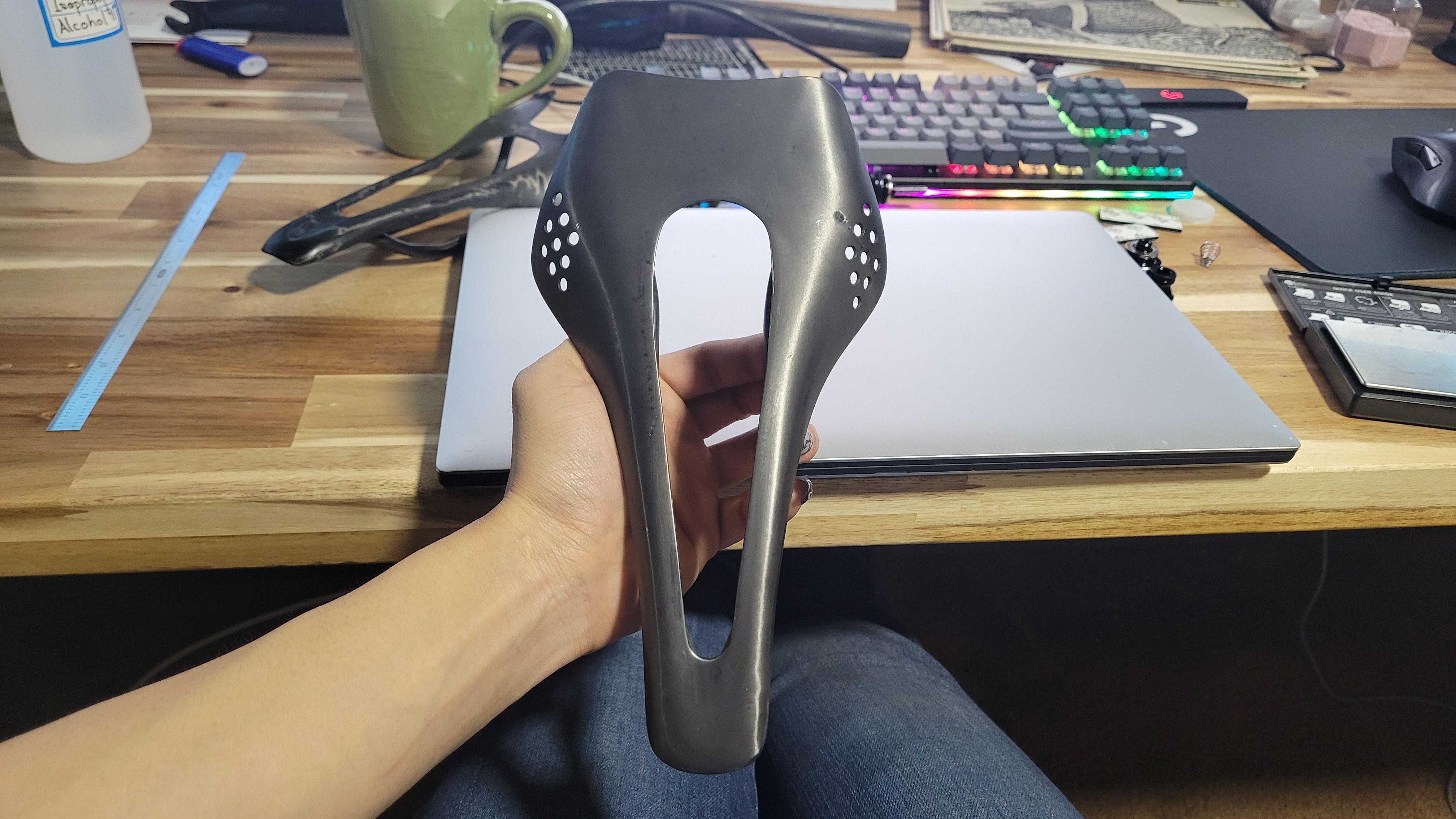 No sand through this time around! I'm actually rather fond of the aesthetic, looks visually cleaner than the old one. The "tips" on the rear of the old one made it look old fashioned and over-styled imo. 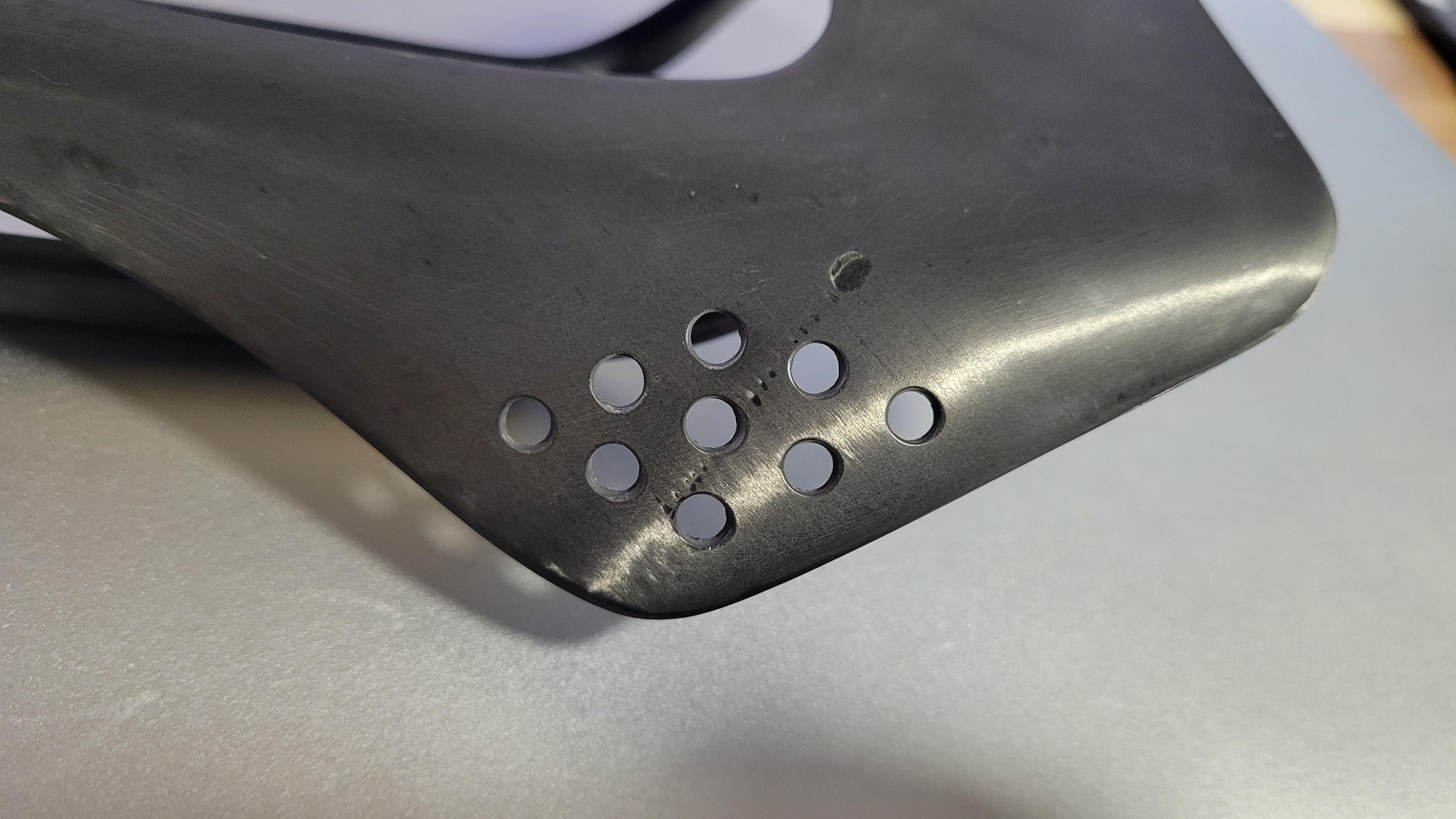 Some drillium to give it a more weight weenie aesthetic. they remove less than 0.5g total so it isn't worth drilling any more. 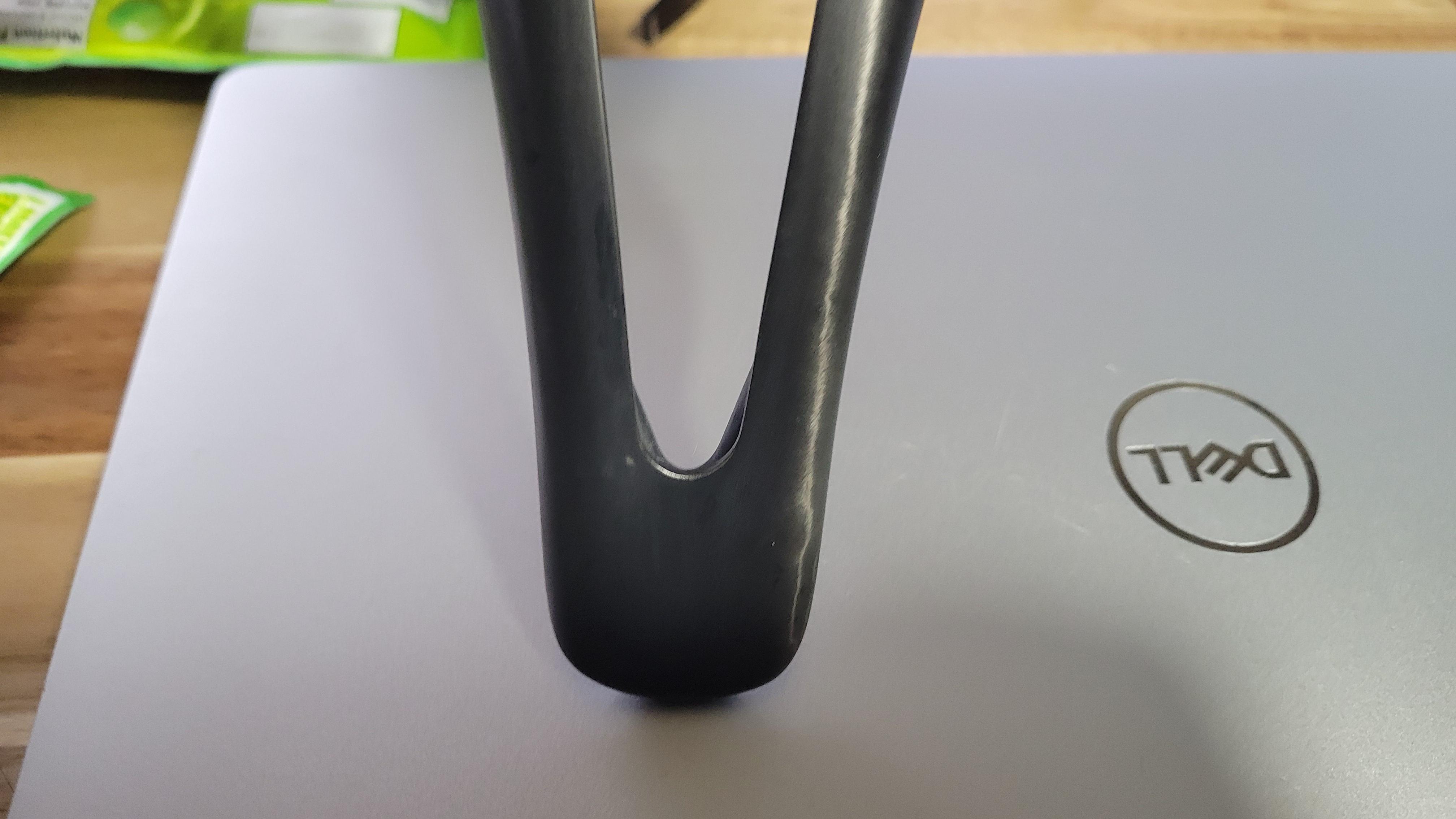 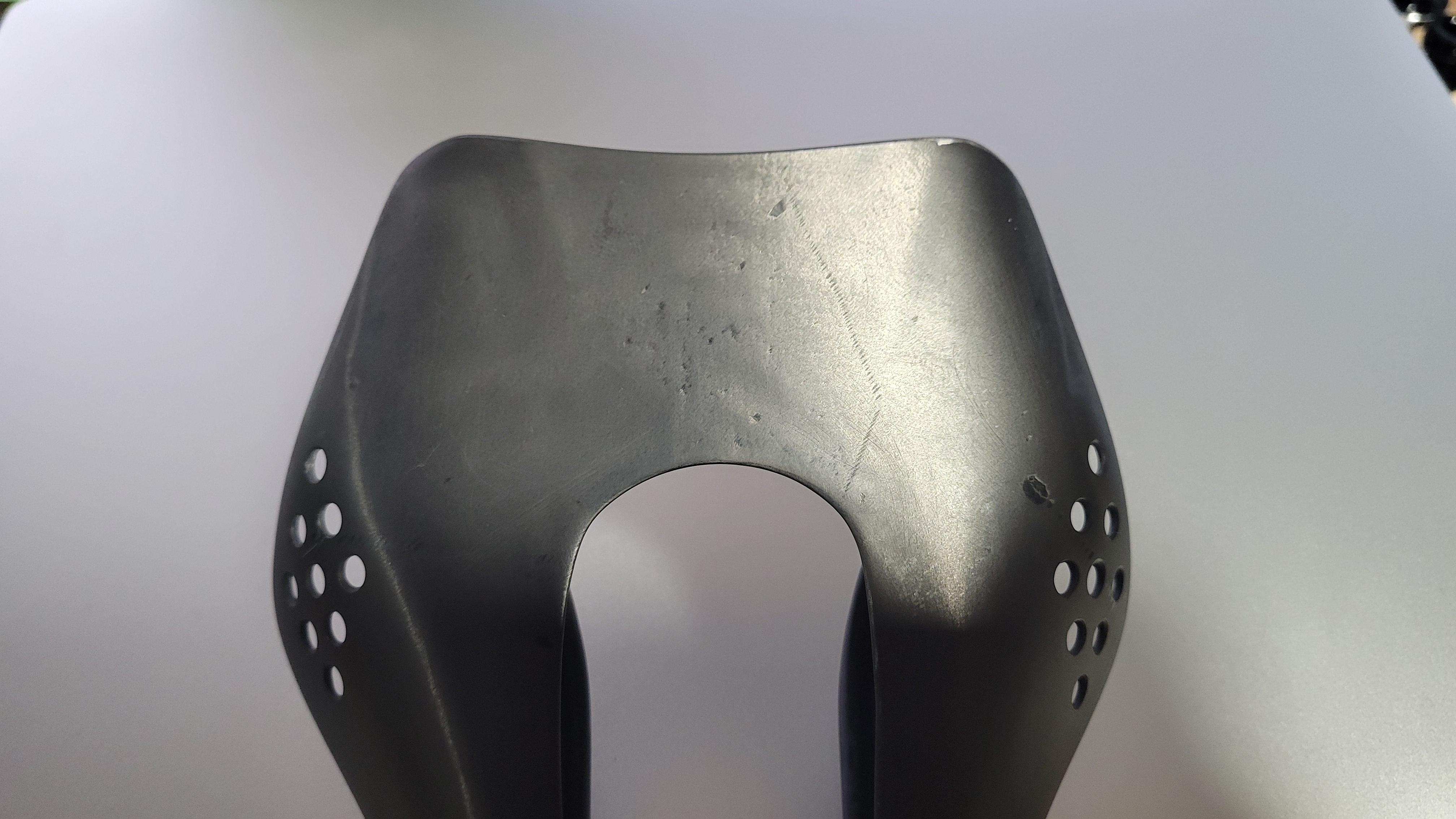 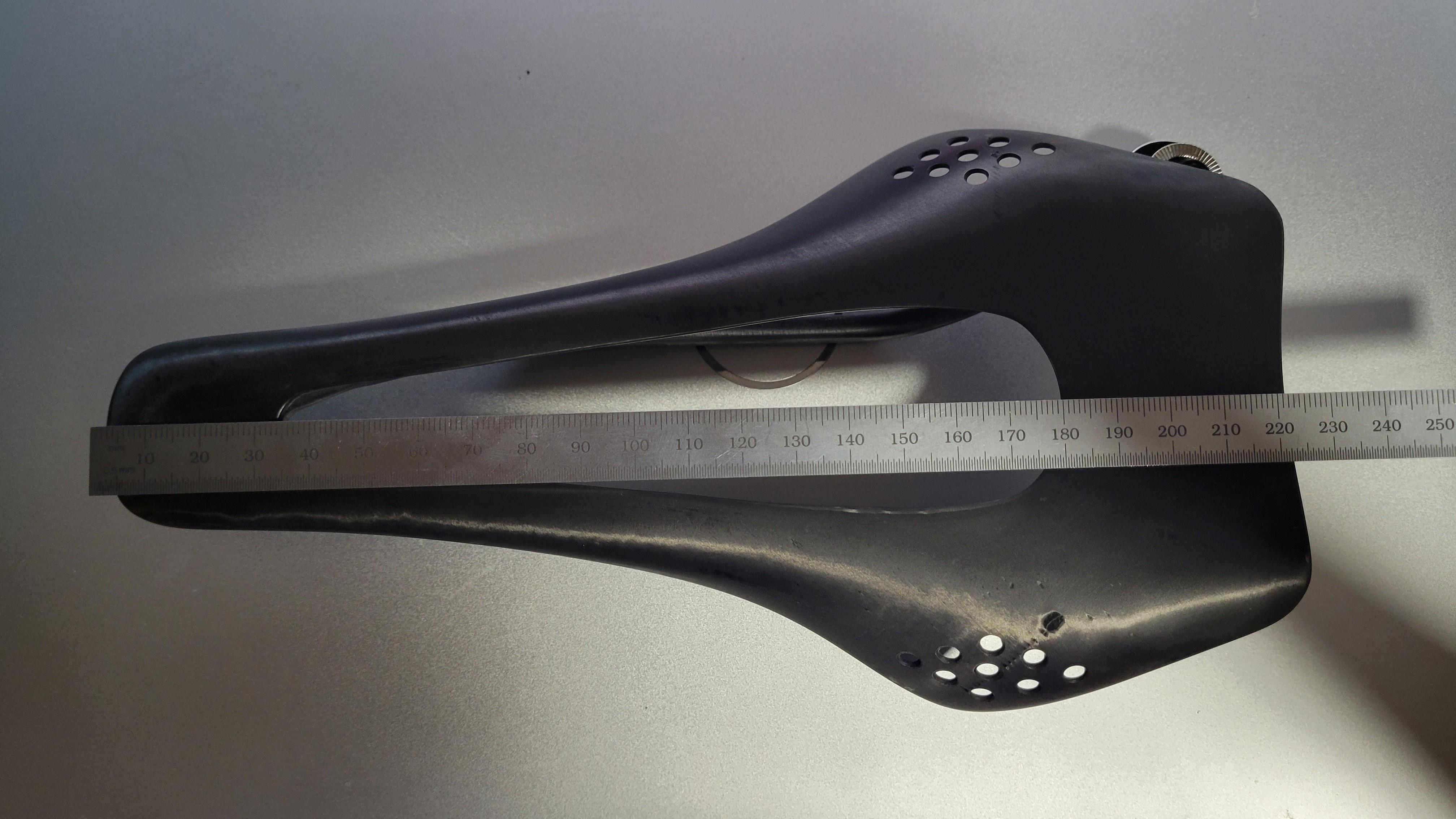 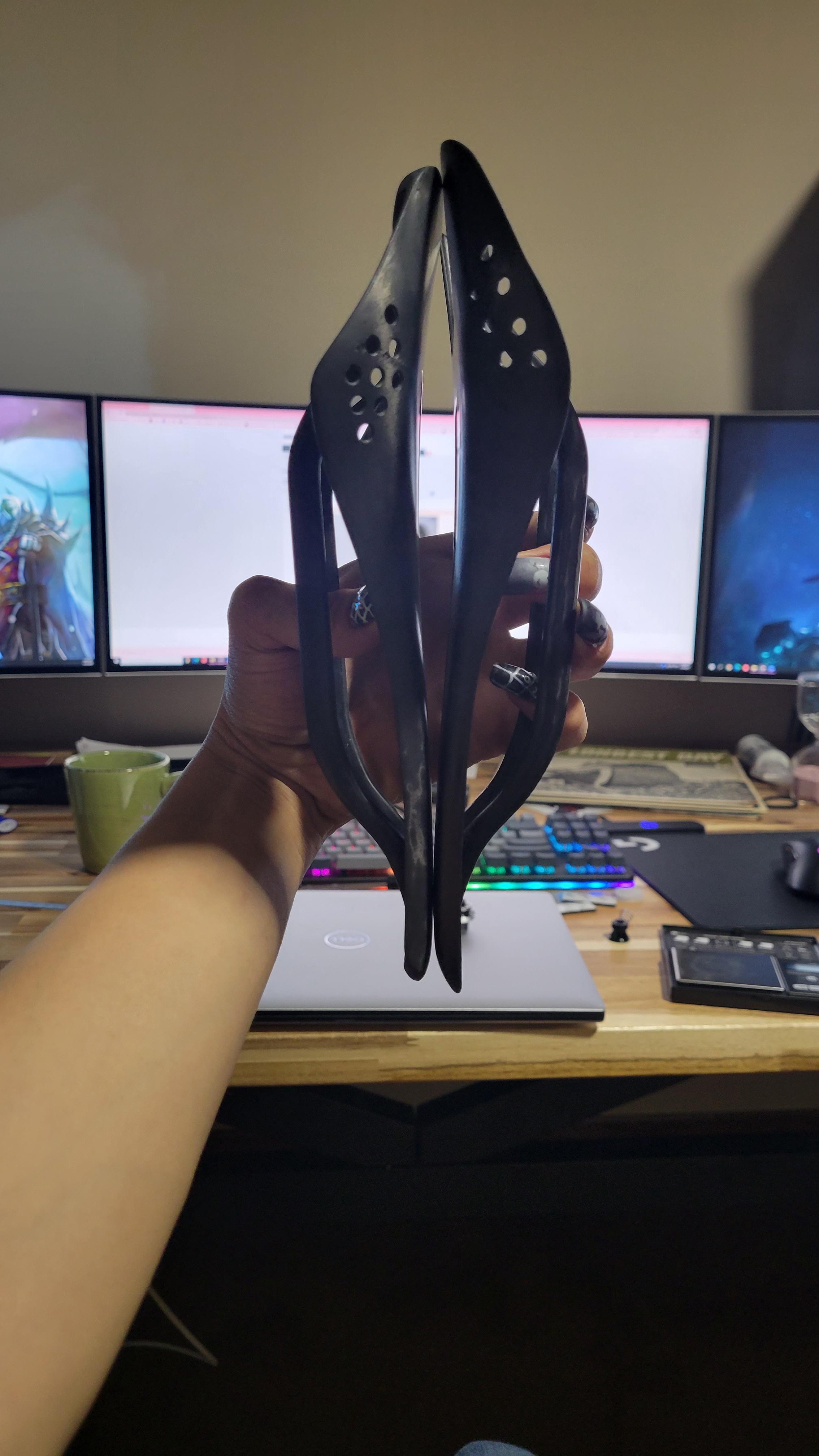 Noticeably shorter than the old version.

This one should last a lot longer than the old one!
My Bikes: Low-Budget Sub-5 Weight Weener (4.70kg]

How much give does the saddle have?
2018 Cannondale Evo Hi Mod 4.7kg
Top

A decent amount for a generic carbon saddle, it's actually quite comfortable for what it is. I've ridden other cheap Chinese carbon saddles that feel like a rock under my ass, but this one manages to flex just enough for me where it's forgiving while not sketching me out. would recommend, especially if you're a light rider.
My Bikes: Low-Budget Sub-5 Weight Weener (4.70kg]

Just want to chip in here. I have the exact same saddle on my MTB. Without the nice tuning ofcourse

I find it actually quite comfortable. Did rides froms 150km without problems. Been using it for over a year now. Granted my bike is a hardtail and I don't do all those Worldcup stages, I still put it through the ringer. Drops, jumps,... no signs of cracking, no abnormal flex, no creaks (unless there is sand between clamping area). Oh and I weigh 75kg so not the lightest. So really good value for 23 euro. Have a spare one in stock. Carry on good sir!
Top

Great work on the saddle! It looks awesome and the weight saving with the tuning is great!

I need to try this myself.

all my work here: https://www.instagram.com/smokytrain/
Top

well for a full-on weightweenie bike it is pretty low on the cost scale.

I plan on retrying the rear mech tuning, as well as getting out the dremel for the brake levers next
My Bikes: Low-Budget Sub-5 Weight Weener (4.70kg]

well i wanted my THM claviculas for Christmas. Turns out Christmas is not receiving the cranks, but receiving an email saying they have shipped.
My Bikes: Low-Budget Sub-5 Weight Weener (4.70kg]